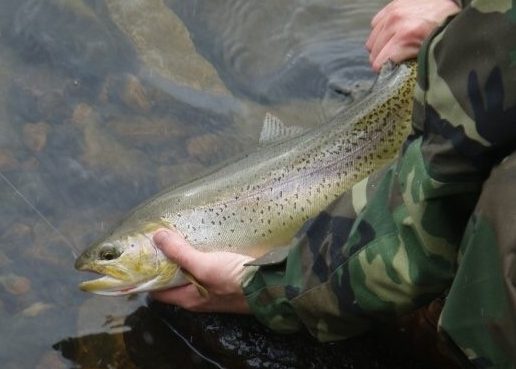 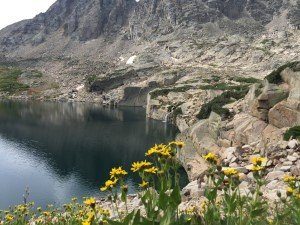 I’m fortunate that I live in Colorado where miles and miles of backcountry wilderness sits at my backdoor. So for years I’ve explored rivers and lakes without names and no permanent address on a topographic map. Some are seasonal lakes or rivers only to be found during runoff, and I suppose others are ones that the cartographer just never got around to naming so they sit patiently waiting for the weary fly fisherman to come along and unlock its secrets. These waters can be either quite rewarding, painfully stubborn, or barren of any life form. However, most tend to be quite willing to relinquish a few fish. At altitude, these fish have a short growing season which means they are quite occupied with filling their gut with as many invertebrate vittles as possible. This is excellent news for the angler, but certain precautions can enhance success and even the quality of fish one might land. Although most backcountry fish have rarely, if ever, seen a fly, they can still be extremely spooky at the slightest disturbance. The following are guidelines that I tend to follow trip after trip, and they have treated me well over the years in the Colorado backcountry. 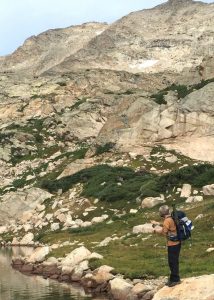 Upon reaching a destination after a long hike it is extremely difficult to stay back and observe the water (after all, you just spent hours, sometimes days, hiking in to fish). This can be extremely painstaking especially if fish are rising steadily, but remaining back and watching will inform an angler exactly what the fish are doing by analyzing the rise forms. Secondly, this will not spook any cruising fish at the water’s edge. Sometimes the most productive area of a high mountain lake is the first several feet near the shore. I can think of three high mountain lakes where this is the case. On several occasions I have had to share my lake with other anglers. Knowing the cruising patterns of the resident fish, I knew they were spooking some exquisite trophies by not patiently and stealthily walking the shore line. They would haphazardly rush into the water just to cast a fly as far out into the center of the lake as they could. All the while trophy cutthroat trout were literally cruising inches behind them.

Although these fish tend to gorge themselves during the abbreviated growing season, there are certain rules that can be applied to fly selection. Mainly, I like flies that resemble everything yet look like nothing. Examples include, parachute Adams, stimulators, hares ears, a few chironomid patterns, or the timeless pheasant tail nymph. Throwing patterns like these allow for mimicking a wide variety of food sources. It is extremely difficult to exactly predict what kind of bugs a backcountry site can sustain especially if it is the angler’s first visit there. Having flies of the Swiss army knife variety tends to swing the odds of matching the hatch in favor of the angler. 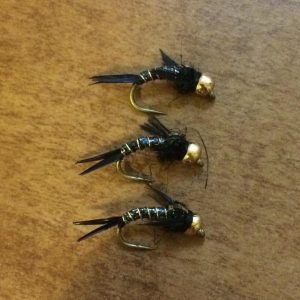 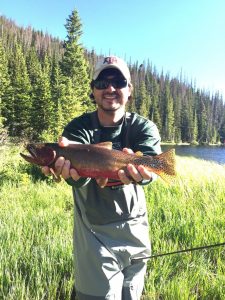 Various features tend to hold most of the fish at some point during the season or even during each day. I can think of two lakes in particular that have prominent features that attract fish in the mornings and during the runoff season. One of these features is a spring and the other is a shelf. Springs act as a type of inlet that feeds a lot of backcountry lakes and keeps them filled. If the spring is high enough above or far enough away from the lake it can potentially bring with it terrestrials (crickets, ants, termites or hoppers from within the timber). Fish at lake #1 stack on top of each other early in the morning to gorge on this spring fed buffet. Run off is an excellent time to fish this as well because the spring creek feeding the lake swells during this time and carries with it any tasty trout morsel clinging to its banks. The shelf at lake #2 acts as a feeding ground near the safe haven of deeper water. Fish will readily cruise the shelf in search of groceries knowing a quick getaway is nearby. 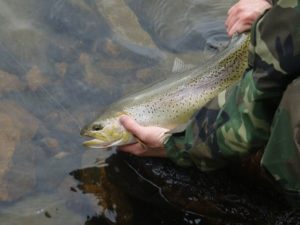 Knowing the topography around the lake will yield insight into fish behavior and lake patterns. My favorite high mountain lake sits nestled below towering peaks that shade it from the sun. This essentially does two things. It prolongs ice off and it takes longer for the lake to warm in the morning. Knowing the approximate time a lake thaws allows an angler to pursue other waters that have been thawed. (Hitting ice off can be extremely difficult, and in some instances the water thaws before the access leading to the lake does.) This will increase your trip efficiency. Secondly, knowing what time the lake warms up in the morning allows me to eliminate certain spots because the fish won’t utilize them until later in the day. More specifically, this uneven warming creates a hatch gradient. Certain portions of the lake will yield hatches earlier than others. The fish know this, and it would behoove an angler to study these nuances at any lake.

Keep these three tips in mind next time you’ve spent hours hiking into that Colorado backcountry lake and they will increase the odds of landing more quality fish. Well, maybe not landing the fish but certainly hooking up more. The fight and landing part is up to you.

Sign up to be notified of new products, podcasts, videos, industry news, announcements, and more.
Join Us 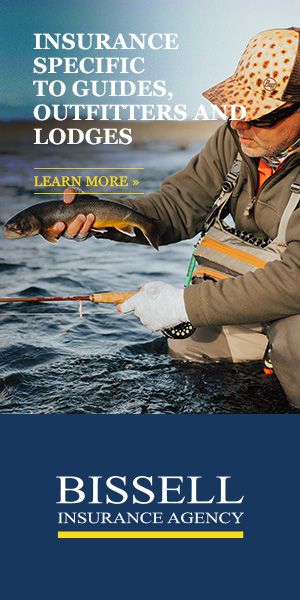